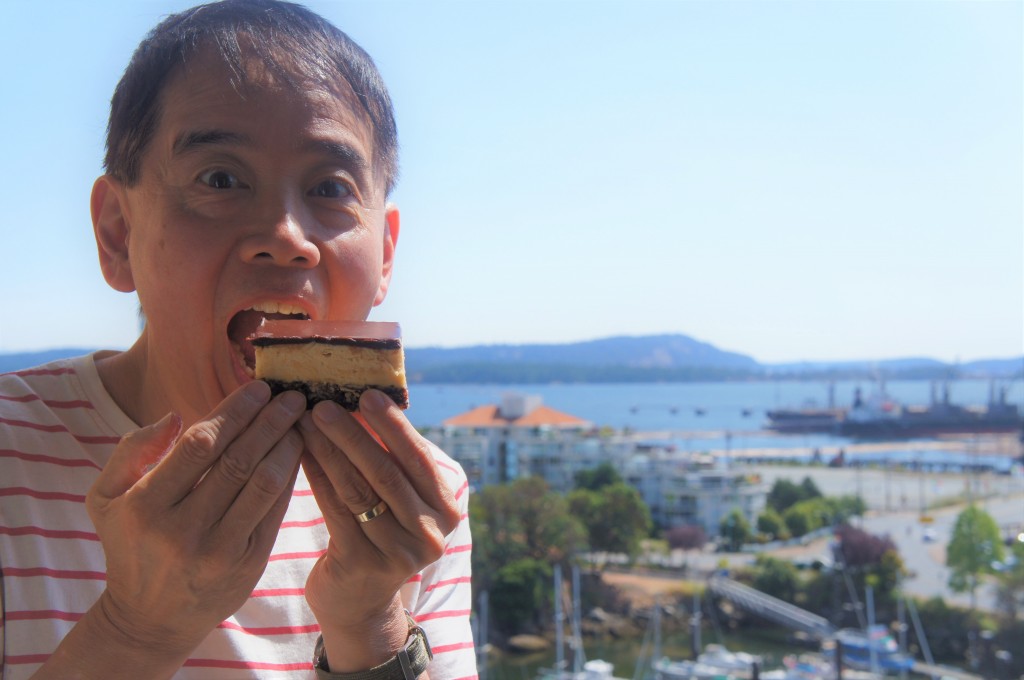 In a culinary world mad with nitrogen blasted ice cream, lab-grown meat and cricket caramel apples, it’s nice to indulge in something simple, sweet and as satisfying as hugging your favorite aunt. Overlooking the harbour of Nanaimo, British Columbia, I am savouring the homey goodness of a perfect Nanaimo Bar.

The Nanaimo Bar is a beloved Canadian treat that consists of three layers:

1. Graham wafer crumb-base,
2. Butter icing centre, and
3. A layer of chocolate – Who can say no to that? 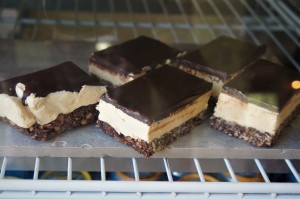 My Nanaimo Bar is a work of art from the Mon Petit Choux Café and Bakery. 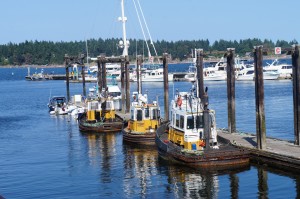 Located on the eastern shore of Vancouver Island, Nanaimo is a Pacific coast town doing it’s best with a genteel main street of bookstores, artisan shops and cappuccino emporiums. But it is also the home for a great dessert square.

Historical evidence points to women trading the recipe around in various versions. Recipes for similar desserts are found in different places (back to the 1930’s) and names (chocolate square, chocolate fridge cake) in North America and Europe. 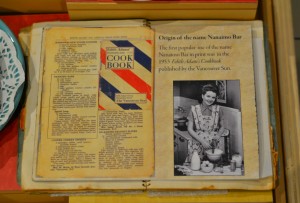 In 1986, the mayor of Nanaimo launched a contest to find the ultimate Nanaimo Bar. The winner, Joyce Hardcastle, intimates that the secret to her prize-winning recipe is to use unsalted butter. “It makes the bars a bit more mellow.” 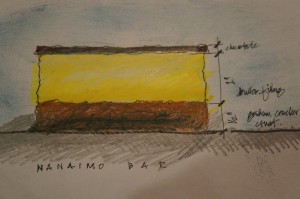 The crust a full ½ inch thick – BIG – The graham cracker, coconut and almond pack a crunch.

The chocolate is a ganache – delicate, subtle. Nanaimo Bar was voted, “Canada’s Favorite Confection” in a National Post Reader Survey. 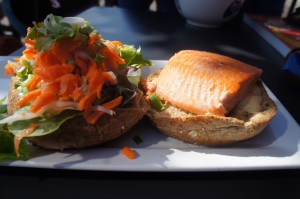 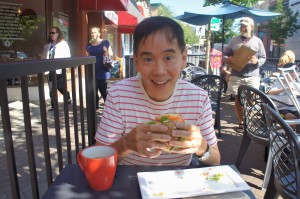 Across the street, Gabriel’s Gourmet Café served me a perfect fleshy wild salmon fillet garnished with crunchy carrot slaw. And then, Franny and I visited Yellow Point Cranberries for their cranberry concoctions – salsas, horseradish and jellies. 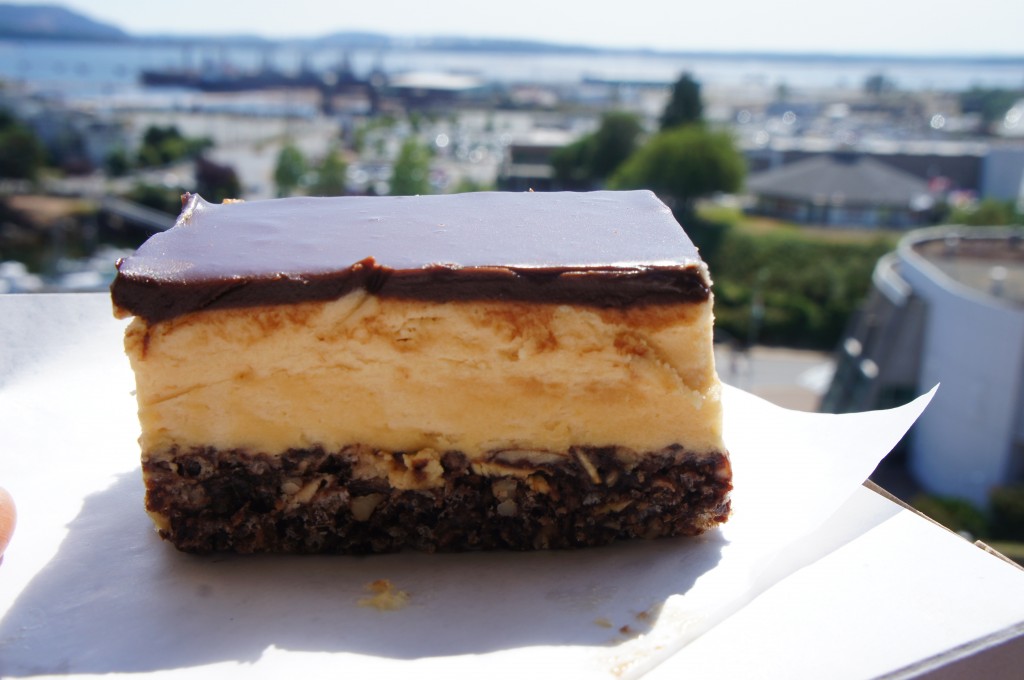 But, when I’m in Nanaimo – the BIG classic Nanaimo Bar is the star of the show.