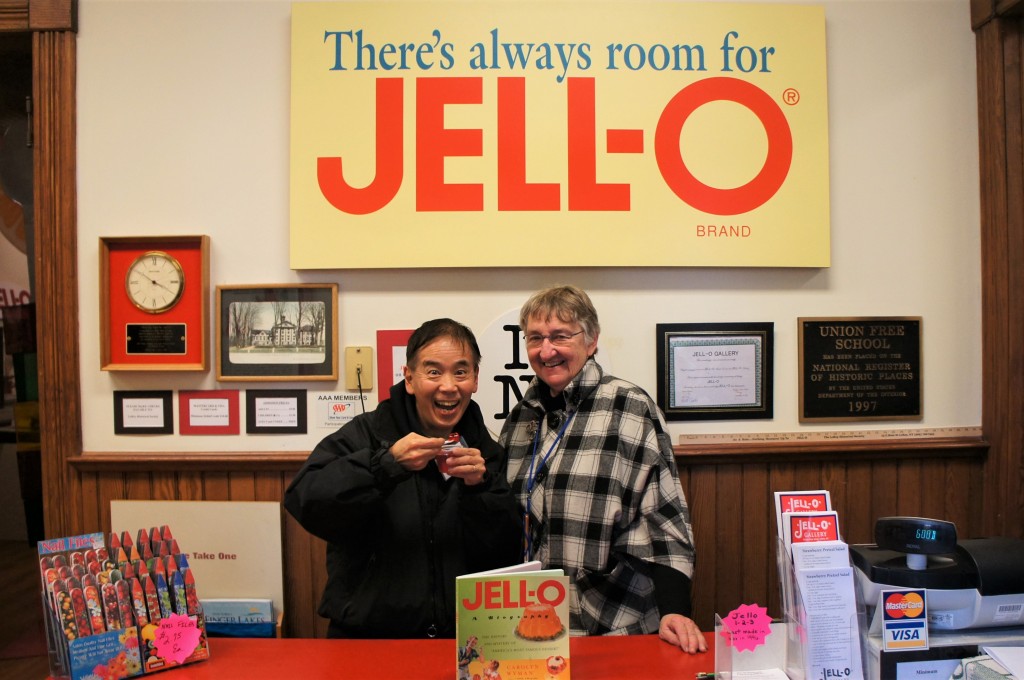 During my childhood, JELL-O had a continuous presence in our family refrigerator. Open the fridge door and there it was – gleaming, brilliant in colour and jiggly. We ate it with whipped cream, ice cream, sliced bananas, in salads, coleslaw, with mixed fruit cup, frozen, in cubes, morning, noon, night, when we were sick and when we were well. There was never a bad time to have JELL-O. 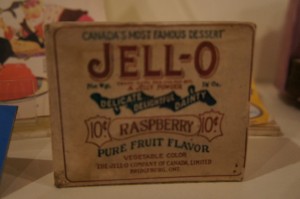 JELL-O was invented in 1897 in LeRoy, New York. In the 19th century, gelatin salads and desserts were only accessed by the wealthy who could afford servants to make the time consuming dishes and pay for the ingredients. The social significance of JELL-O is that it provided the broader population with an easy and inexpensive way to eat gelatin. 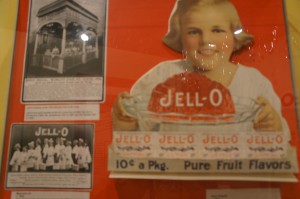 As Carolyn Wyman writes in JELL-O, A Biography: So how does a dessert that is essentially flavoured and coloured boiled animal skins thrive for more than 100 years? Why is it served at every church potluck and most diners, hospitals and school cafeterias? 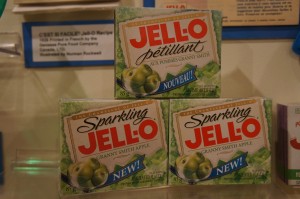 One: JELL-O is pretty.

Two: JELL-O is the food that most resembles a toy. It’s brightly coloured, moves, can be held, played with and thrown.

Three: JELL-O is adaptable. It can be molded into anything people need it to be. JELL-O advertising sold it as pure simplicity after the Industrial Revolution and as a light dessert when tables were groaning with postwar prosperity and again during the 80’s diet craze. 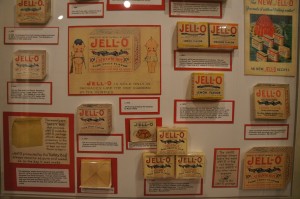 As Lynn Belluscio, Executive Director of the JELL-O Gallery sums up, “JELL-O is fun.”